For over a year, one of my dearest friends has been on my case to read the classic Cyrano de Bergerac. Last week, I finally did. Apologies to my family for the late-night laughter coming from my room. Rarely have I been so entertained or moved by 218 pages of humor, sorrow, swashbuckling, poetry, and romance.
The play was written by Edmond Rostand in 1897. The title character was based on the true Hercule-Savinien de Cyrano de Bergerac, a 17th-century Renaissance man who, according to the Encyclopedia Britannica, not only fought over 1000 duels, but also wrote comedies, satires, and even two science fiction novels.
Cyrano is a story of a (lopsided) love triangle: one woman, two men, and a nose.

http://hi-and-low.typepad.com/my_weblog/images/2007/12/12/nymag_cyrano_collage_2.jpg
Cyrano de Bergerac is a brilliant French cadet with an enormous nose and an even bigger heart. He loves the beautiful Roxane, but she is in love with Christian, a cadet with a handsome face, but no gift for words. Cyrano lends Christian his eloquence to help him woo Roxane, displaying the strength of his character and the depth of his love. In some ways, it is a Beauty and the Beast story, reminding us that true beauty is found within.
Many of us live as slaves to appearance. I am often paralyzed by the fear of what other people think of me, allowing their opinions, tastes, and expectations (real or imagined) to steer me like an autopilot. If I don’t make conscious resistance, I dance like a marionette on their strings. But Cyrano doesn’t.
Accustomed to ridicule because of his nose, Cyrano ignores people’s censure or praise as the guide of his actions. He holds fast to his own compass, doing what he knows to be right regardless of what other people think. When his friend Le Bret urges him to compromise for the sake of a little fortune and glory, he retorts,
“But what would I have to do? Cover myself with the protection of some powerful patron? Imitate the ivy that licks the bark of a tall tree while entwining itself around its trunk, and make my way upward by guile…No, thank you…I may not rise very high, but I’ll climb alone!” (II.VIII).
The best word I can find for this character trait is integrity. The word comes from the Latin integer, meaning whole. Cyrano is a solid and undivided person because he does not compromise. He does not sell pieces of himself in the marketplace of approval. No one else pulls his strings. When a nobleman criticizes his appearance, Cyrano responds:
“I don’t dress like a fop, it’s true, but my moral grooming is impeccable…I may not cut a stylish figure, but I hold my soul erect” (I.IV).
Others may shun Cyrano like a social leper, but he is able to recognize and respect himself. He knows who he is. He suggests that because of his integrity, God will know him too.

http://28.media.tumblr.com/tumblr_lfk9s1EkJe1qzd9wko1_400.jpg
“When I go to meet God this evening, and doff my hat before the holy gates, my salute will sweep the blue threshold of heaven, because I’ll still have one thing intact, without a stain…” (V.VI).
I find that inner wholeness, regardless of outward appearance, very winsome. Beauty and the Beast stories like this one remind me that God finds such substance winsome as well: “Man looks at the outward appearance, but the Lord looks at the heart” (I Samuel 16:7).
May we follow after the man with the long nose, resisting the pull of the autopilot to pursue wholeness.
Have thoughts on integrity? What’s your take on Cyrano de Bergerac? I’d love to hear from you!

4 thoughts on “On Love Triangles, Marionettes, and Integers” 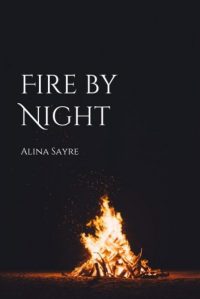 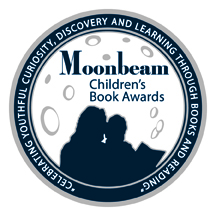 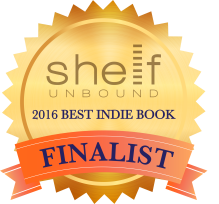